Did You Know?  A New Candidate Has Entered the Race for Calabasas City Council. Gaines & Weintraub Work For/With Developers & Expediters.

Two council seats are up for grabs on November 3rd, in the city of Calabasas. And now,​ ​as a result of a​ ​new write-in candidate, Haleh Naimi, there are four candidates running for two seats! Below, we’ve included email correspondence from a concerned resident asking the City about informing residents. The response is negative from​ ​City Clerk, Maricela Hernandez, and​ ​City Manager, Tony Coroalles. Calabasas residents receive constant communication from their city, including two robo calls from the City Manager in the past several weeks, even promoting flu shots. But, alas, candidates running for city council – or even a revised candidate slate – does​ ​not​ ​apparently​ ​warrant an email/update to Calabasas residents​….

Secondly, there appears to be another transparency problem with Mr. Gaines and Ms. Weintraub. Neither, has been entirely forthcoming about what they actually do and what their actual voting records have been. By virtue of the fact that they are not disclosing this information would seem to indicate they have something to hide – that they don’t want voters to know? Follow the facts. Connect the Dots. More to come on this…..

Who is running for Calabasas City Council? 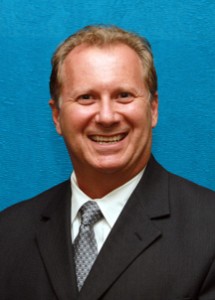 3. Alicia Weintraub. Planning Commissioner/Business Woman. Problem. Actually, Alicia is a planner employed by Rosenheim and Associates – a Land Entitlement Company. Here is an excerpt from their website: “Rosenheim & Associates, Inc., has experience in gaining discretionary approvals ranging from conditional use and variance applications to the most complicated and largest scale development projects.” In Calabasas, Alicia has voted for variances on development projects that ignore the city’s General Plan. Selected Rosenheim clients with ties back to Calabasas include: Cinmark Company (Jon Wolfson-Former Councilmember), D2 Development & Construction (Calabasas Village) and Weintraub Financial Services, Inc. (Has hotel proposal on Las Virgenes & Richard Weintraub is client of Fred Gaines).

​4. Incumbent Fred Gaines. Problem: Although Mr. Gaines lists his occupation as Calabasas City Councilmember, he is a Developer’s Attorney and Lobbyist (see Gaines & Stacey LLP). Mr. Gaines and his firm have and continue to handle some very controversial development projects in LA County – several right here in the Santa Monica Mountains – many projects in which he has also tried to circumvent land use policies for his clients. Representing clients, he opposed the Local Coastal Program (LCP), that was adopted last year by the Los Angeles County Board of Supervisors that protects our ridgelines and coastal resources in the Santa Monica Mountains. He represents hotel developers – one of whom has proposed a hotel in Calabasas on Las Virgenes Road.
Here is a link to an Oct. 9 – 2015 story in CityWatch​:​ “DEVELOPERS’ DUPLICITY – For almost exactly a year state and local officials have been dancing around the issue of what to do about startling whistleblower allegations that developers seeking permits to build two mega-mansions in LA’s pristine Sullivan Canyon had tried to bribe and intimidate state officials to get their way….” http://citywatchla.com/lead-stories-hidden/9763-sullivan-canyon-scandal-officials-tiptoe-around-whistleblower-accusations​​. “In addition, Sean (aka Houshang) Namvar (another of Ezri Namvar’s brothers) and the Namvar-controlled company, Sullivan Canyon Equity Partners, LLC, has paid..​..”​and​ ​another $20,000 to Encino attorney Fred Gaines to do the same. All these payments were made in the past six months.”

Here is the email exchange from the Calabasas resident to the City asking about disseminating information about the new write-in candidate.

On Oct 9, 2015, at 2:57 PM
[Resident] wrote:
I understand that someone has filed papers to be a write-in candidate for the City Council election. How and when will the city let voters know about this.

On Oct 9, 2015, at 3:48 PM,
Maricela Hernandez <mhernandez@cityofcalabasas.com> wrote:
The candidate had the same opportunity to file during the regular nomination period. Because she opted to file as a write-in candidate, it is her responsibly to get her name out to the voters.